There are many favourable comments regarding the administration of epidural during vaginal birth that is also called painless birth. Epidural anesthesia prevents the pain caused by contractions to be felt during labor and ensures a more positive and better experience of birth ensuring that the expectant mother is aware of the birth. Contrary to some other drugs, epidural does not cause dizziness before or after birth. If the labour is long, epidural makes it possible for the mother to rest.
It is true that epidural provides all the benefits indicated here for many mothers and babies. However, epidurals, in addition to their known benefits, also have some undesired potential risks and side effects. To make an informed decision regarding the use of epidural anesthesia, it is our opinion that you should be aware of its potential risks and side effects in addition to its benefits.
We can list the side effects that the epidural anesthesia used during labour could cause as follows:
● It can extend the labour time as it slows down the contractions of the uterus.
● Synthetic Oxytocin (known as false labor pain) is required to be administered to make the uterus contractions, which have slowed down, stronger. If the epidural is administered too early, the risk of caesarean section increases.
● Also, the possibility of intervention (use of vacuum and forceps) during birth increases. The probability of a perinium tear increases in tandem.
● When epidural is administered, the baby’s heartbeat increased, indicating that it is under stress.
● Due to the probability of a drop in blood pressure, 1 l of serum is administered prior to epidural to increase the pressure in the vessels.
● After delivery, it is possible to experience nominal complaints such as severe headaches, weakness, numbness in the arms and legs, however even these nominal complaints can make it more difficult for the new mother to take care of her baby.
● The reluctance to suck milk, weak sucking and dozing off of babies as well as the fullness of the breasts and formation of hardness in the breasts are some of the effects of serum loading prior to epidural anesthesia. This precaution that is taken to increase the pressure in the veins and against a drop in blood pressure that is experienced by some women causes the fluid to be deposited to the breasts causing a tightening of the nipples, preventing the baby from latching onto the nipple and sucking milk. When a baby cannot suck properly, the mother stops producing milk. This could easily lead to the supplementation of mother’s milk with formula and later on giving up on the idea of breastfeeding the baby.


WHAT CAN YOU DO:
A decision on the subject can be given by reviewing the risks and benefits. If you decide in favour of the epidural then you must attend a preparatory course with your spouse to learn about the methods that will help you and your baby during labour and birth. 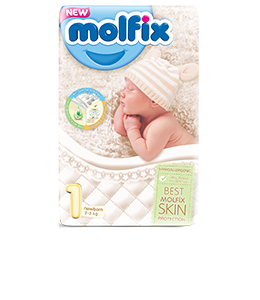